day 23 and the weekend

day 22 was a bust.  i was run down and lethargic and didn't get to the studio.  but i was back on it on friday, day 23.   taking baby steps is still going forward!

i dripped more purple ink and i worked on putting more color on each lily. 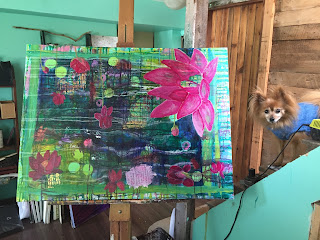 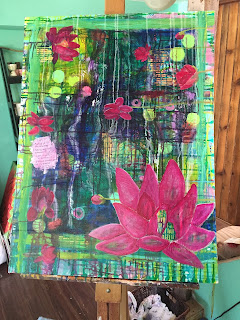 saturday i went to a day retreat.  it was a full day of yoga, writing and art.  i went knowing it would be good growth, and it sure was.  i knew nobody there, except for a local Facebook friend that i hadn't met yet, so this was a huge stretch for me.  at one point, not long ago, i was agoraphobic.  i wouldn't even go outside in my own yard because the neighbors or people in cars would see me.  i'm much better now, but still am seriously closed off from the world.

it was THE best group of gals that could have been there.  a small group of about 7 guests and 2 facilitators, all were gentle and understanding of any feelings that could crop up.  the workshop was well organized and the day went quickly.  so quickly that i got no photos. 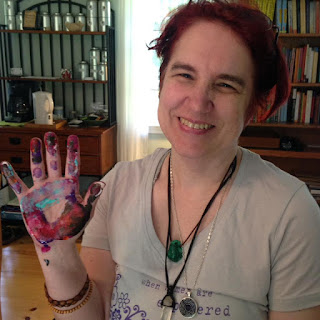 i did get messy, though 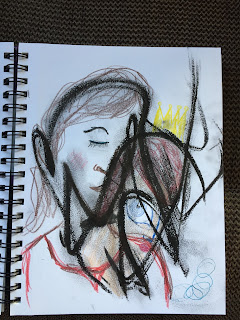 i used charcoal from the burned logs at the fire pit.
later i found faces in the scribbles 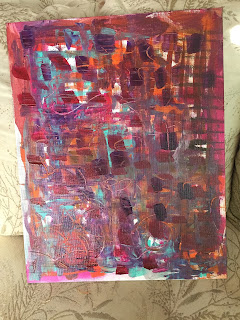 heres what those messy hands made 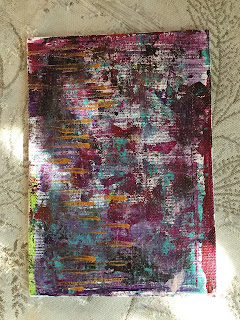 and another background started at the workshop

AND... there were goats! 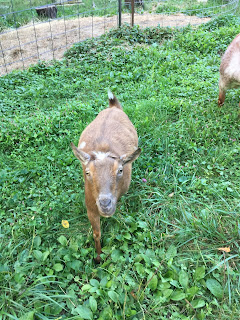 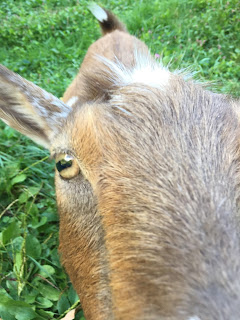 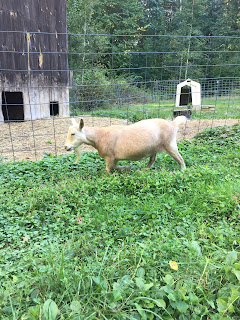 the day ended with new friends and a fresh soul.  i learned a lot about being vulnerable in a safe, accepting and loving space, and the writing prompts were enlightening and engaging.  i highly recommend OPEN Art &Yoga, and plans are underway for a second weekend long retreat in the spring!

sunday was yet another rest day away from the canvas.  it was a busy day, but i could have eeked out some time if the body didn't feel so abused from being off the couch the day before.  the yoga that day had been gentle and felt so good as i did it, but the fibromyagic muscles aren't used to that much use.  i knew going in that the next day would be rough, but it was well worth it!  hubby and i slowly walked the flea market sunday morning, and that helped loosen things up.

i also found a trivet at walmart that i got all excited about and had to have; 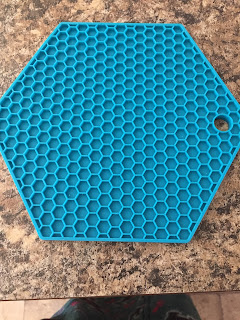 yep, it will be used as a stamp for backgrounds on many future canvasses!

i'm not sure what today will hold as far as my canvas challenge.  part of me is hesitating to continue with how i want the canvas to unfold, because of the old fear that i will 'mess it up'.  i know what i want to happen and what i want it to look like, but the artist problems are kicking my butt.

on that note i'll leave you with some writing i did at the workshop.

this prompt was about my inner critic;

this bitch has pearls on
and is looking down her nose at me over her glasses.
she thinks she knows everything
and that whatever i do is trash,
or that i will fail or get hurt.
she thinks that she is saving me from being hurt
when in fact she is doing the hurting!
i don't need her screaming in my ear
every time i leave the couch
or if i am in front of the canvas.

and another prompt about my muse;

i need to listen to my muse more often.