i was a child that did not like school very much.  i was not a good student, had some learning disabilities and "back in those days" things were not diagnosed like they are now.  so, i did a lot of staring out the window and copying friends math and being utterly lost at times.  this lasted until 9th grade when i became pregnant and dropped out of school.

middle school was rough because it all changed.  we went from being with one teacher all day to different teachers throughout the day for different studies.  this meant i had to deal with different personalities and a differing schedule each day.  and it wasn't an easy schedule, like monday was always this schedule tuesday always looked like this and so on, it was a rotating schedule, some persons sick joke on me i think.  each day looked different, and to make things worse i was horribly disorganized, and never had my schedule print out.  it was a bigger school, too.  so, i used to ask friends what was next after each class, hoping someone knew what i had, and i had to find the classroom, hoping the teacher was in a good mood that day for my nonsense.

my favorite teacher was before the chaos of middle and high school started.  mrs. tolin.  sixth grade.  she was a truly supportive woman who loved reading as much as i did, and read out loud to the class often.  she let the kids pick out books for her to read, and i picked out the great gilly hopkins.  i was surprised when she got to certain words that she had to 'edit' for language.  i felt embarrassed that i chose a book that mrs. tolin couldn't enjoy as much as i enjoyed it.  i wanted to make her proud, and instead made her work harder, and possibly made her look down on me for reading such "bad" words.

mrs. tolin helped make learning seem fun for one year.  she went to my 12th birthday party and gave me a holly hobby christmas ornament which i still have.  when i had my beautiful son, winter-orion, she came to the hospital to visit us.  she was a special person.

we lost touch for a while, and then started sending each other christmas cards with short notes telling how things were going.  and then she stuck in a check.  and that stayed the norm for many, many years.

her notes got shorter and her handwriting became shaky.  she started telling me her health was not too well.  my mother mentioned to me one day that mrs. tolin had been in the hospital and maybe i should send her a letter, which i did.

and, then the card didn't come.

this was a couple years ago, and i checked online for an obituary that i couldn't find, so i've been living with the belief that my sweet teacher, mrs. tolin, is living happily away in a nursing home, reading her favorite books and listening to her favorite music. 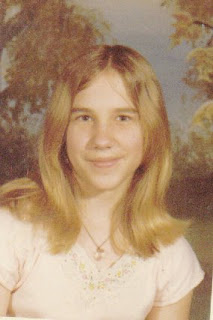