hi there.  I'd come down with a cold that held me hostage for a bit, but I'm back up and fighting, for the most part.

I found some inspiration from somewhere, probably facebook, and wanted to paint my favorite bird, the raven again.

I first started with my layered drippy background 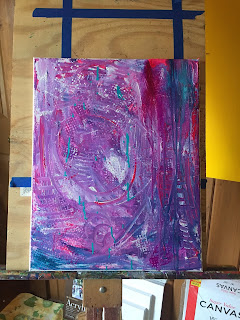 flipped it, as I knew position I wanted the raven standing 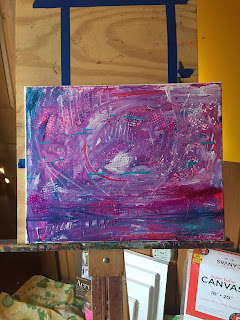 and saw a landscape in it, but I knew I wanted the raven to be large in the painting.  I wondered about adding in a woman, but felt this one didn't want the human element, just the raven

it was a stupid time of day for photo taking when I finished, but I snapped a couple photos anyway. 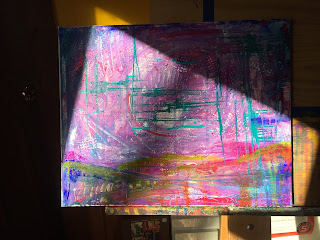 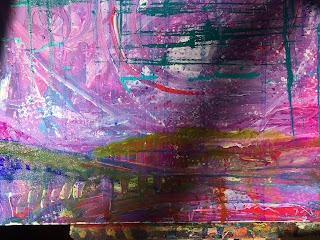 I saw mountains and lake

then I started getting the raven on canvas and adding drips in the background while she dried a bit.  with these drips, I saw the moon shining behind the raven, and got excited about that idea; 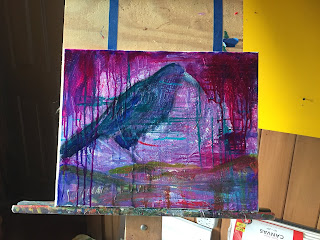 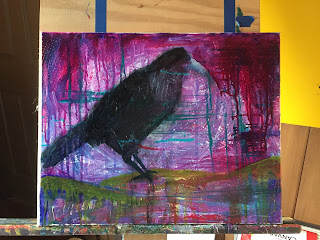 filling out the raven, adding drips in the sky
and greening up the mountains with drips 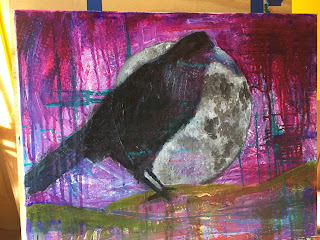 starting the moon, but not feeling her yet
freehand was not working! 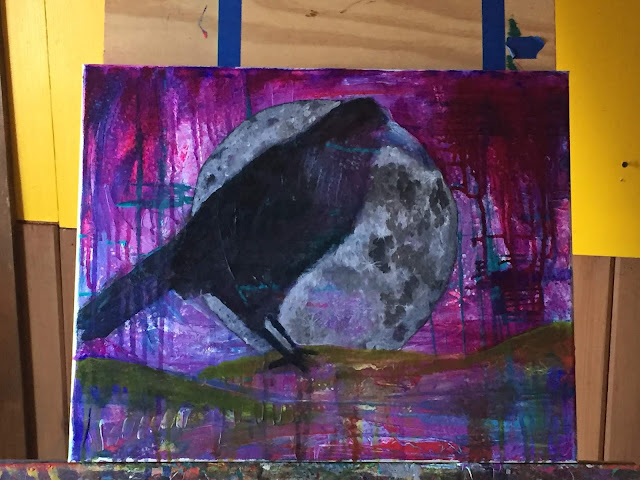 rounded out the moon, and feeling better about her now
it frames her body so perfectly

while I was letting the painting dry these past few days I wondered if there was a connection between the raven and the moon so did some google-fu.  turns out it's a Native American story.  how the raven stole the sun, moon and stars.  now I love ravens even more, and I know there will be more raven and crow paintings in my future!


I still have more work to do for the moon and a lot of work with the raven to go, but I'm so pleased with how it's working out so far.