i went back and did just a little bit on my canvas and she called it finished.  not where i thought she would end up.  i initially saw her in leaves, with feathers in her hair, but she wanted to tell a more simple story. 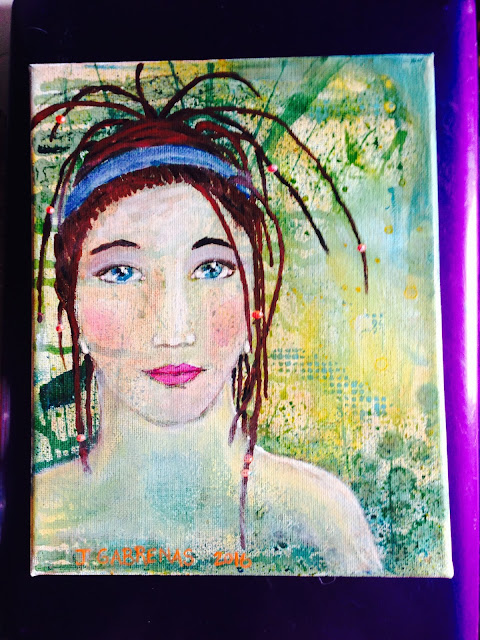 (and now that i see her here, i see i need to fix her dreads where i played with her skin tone in her shoulders)