i mentioned in my last post that i'd been working on a big journal about my goals for the year.  taken from prompts at journalwild.com, this has been a great start to figure out what i really want to do with my year.  i'm almost finished with the journaling part of it, and then i will start to be more consistent with the actual work of the book.

i used an old discarded childrens' book i bought from the library and gessoed the pages enough that my details would be the focal point but you can still make out sweet drawings and some text. 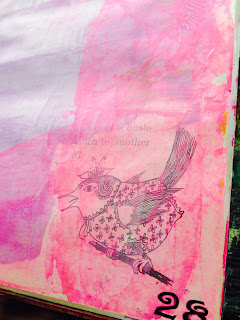 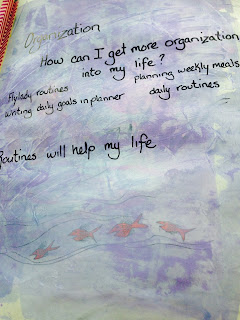 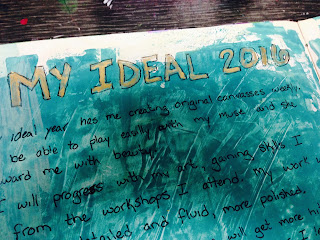 dreaming of my ideal year

i needed to think of several goals i wish to accomplish this year and then figure out how to work small tasks related to the goal into daily life. 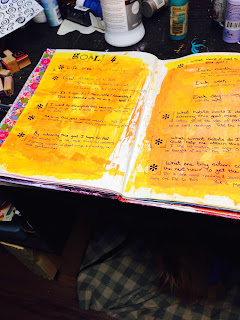 getting to some heavy stuff, the mean things i say to myself and which ones i want to try to get rid of this year.  slow steps 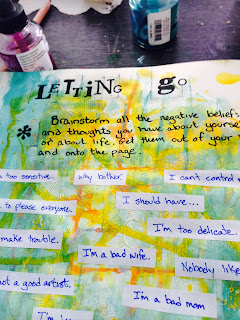 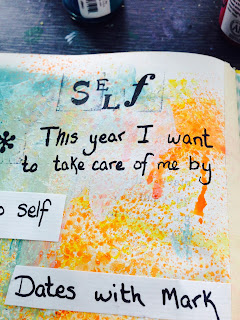 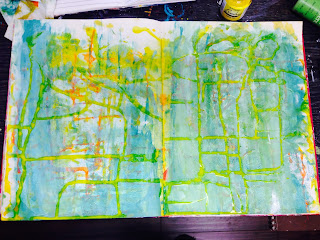 it's so pretty underneath, though


in another prompt i needed to come up with 52 things i love about me.  that took a little while and a lot of thought. 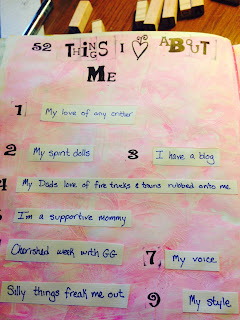 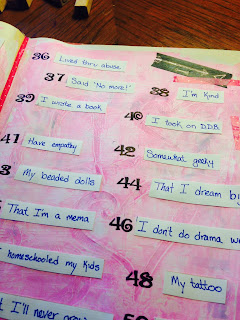 my favorite pages so far are the ones about spirit! 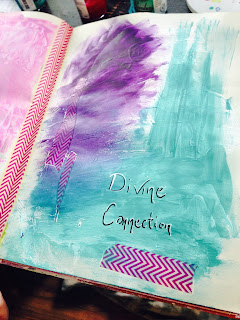 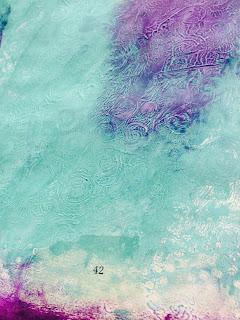 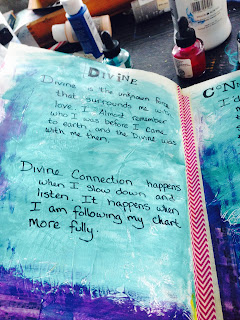 for one spread i knew i wanted a big tarot reading for the year.  twelve cards, one for each month, plus a card for the beginning of the year and one for the end.  i printed a mini version of each card chosen from my deck, Colette Baron-Reids wisdom of the oracle card deck. 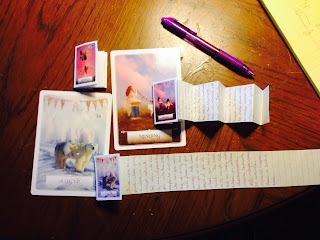 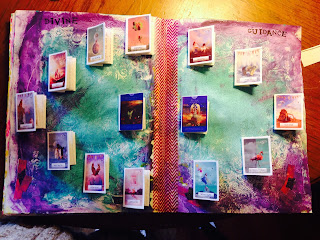 the spread with each months card in place.
i chose a different deck for the beginning and end cards 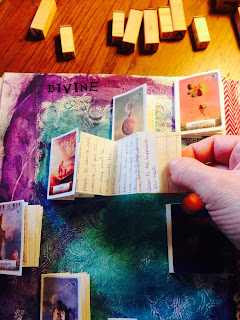 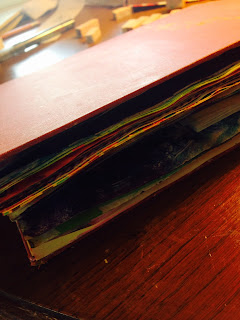 makes for a very fat book!

this was a great project for me to get my bearings on what i wished to have happen this year and figure out what little steps i can take every day to succeed! 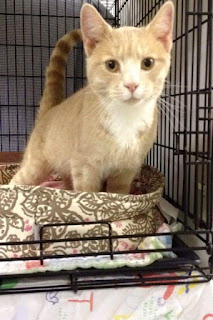 this little man will be coming home to live with us in a few days!!!  he does have a name, but i am not sharing until he is safe and warm in my home.  his shelter name is dijon.

i had been extremely depressed lately and mark decided i needed something to distract me from my thoughts.

since my loki kitty died suddenly in his sleep on my oldest sons birthday over a year ago, a hard enough day for me made more difficult, i have been wanting another kitty in my house.  we were down to zero kitties from 2, and i am not used to no kitties in my home.  i'd been wanting a ginger kitten.  my dad had one at the farm when i was little and he was a sweet guy, even putting up with a wedding between he and another tolerant kitty we had.  i have a sweet spot for gingers.

so, mark said yes to a kitty in a text from work, but he wanted a cat from a shelter, not a kitten.  he wanted to help out the shelter, and not have to deal with the neutering and such ourselves.   i knew the cat i wanted.  i had seen a big brute of a cat in a photo at our grocery store for a long, long time.  i messaged the animal control about him and they told me he was feral, that he doesn't allow people to touch him.  i knew that if it wasn't for our crazy pup, lucy, who chased our kitty previously, that i wouldn't have a problem with the cat being antisocial.  but two crazy animals in one house is too much for even me.  i was heartbroken for the poor guy, though.

the next day the animal control Facebook page posted the photo you see above, asking if anyone knew the owners.  i fell hard for that sweet face!  he looked friendly and young.  a couple days after that, on a saturday, we went to the shelter to visit and see if his owners had shown up.  they hadn't, and the weather was bitter cold!  so glad he was in a safe, warm place.  i let them know if the owners didn't show that i was very interested in him.  i got to cuddle with him and he is so social and sweet!  they took my name, as the director was not there, and told me that she would give me a call.  when she called later that day, she had remembered me from my time working with a wildlife rehabber in the area and other times when we donated to the shelter.  we talked and she needed to know i was serious, as they needed room for other cats coming in left and right.  they would bring him to another shelter to make space for others in our area.  this guy also needed to be neutered, and would take money from their funds.  mark assured me we would find the money they asked for, for them to just break even, and she told me they wait 7 days for an owner to contact them.

today has been seven days!  i contacted them this morning, and they let me know that my little orange kitty will be going to the vet tomorrow, thursday, and we can pick him up on saturday!

i will update later with more photos of him in his new home and with his name.  i'm very excited, if you can't tell!