christmas is in the studio

i can't post many photos, as some are a secret, but i've been creating like a little elf the past week or so.  earlier i picked up some mini canvasses on a whim, and after working on one decided it's a perfect size for gifts or inexpensive artworks that people would love to hang in their rooms or on their trees! 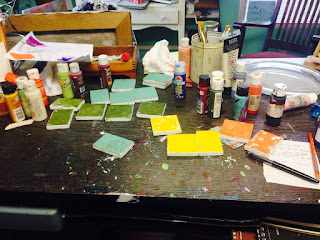 i'm doing some assembly line arting with the backgrounds since we bought quite a few, and then got down to actual sketching of what i thought my people would like. 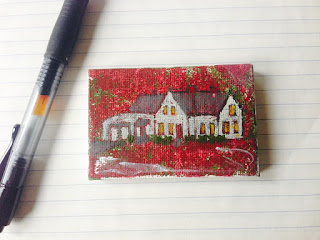 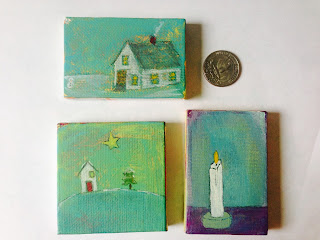 after the new year, after the crazies have dispersed somewhat, i will be putting a lot of effort into these tiny treasures!  i have brainstormed subjects i can paint on these guys for the interest of many people.  i have ideas, folks, i have ideas!

the ones above are not in their finished state, they will have ribbon for hanging.

i am pretty excited about these babies, and i think others will love them as an inexpensive way to get art into their home!