test results and closing a chapter...

I received a call from my integrative doctor the other day, saying that most of my tests came back ok, but there were a couple that been flagged.  they got right on the ball with sending me a copy of all my results so I could have them in my little mitts when I do my research.  I didn't have to ask or fight for these results like at my regular doctor.  impressed doesnt begin to describe how I'm continuing to feel about these caring people!

they told me over the phone I'm positive for Epstein-barr and my ANA was high.  they then gave me information on what treatments they'd like to add to help. 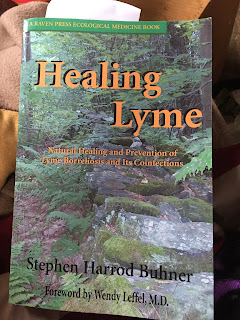 a great reference book and
my bible these days

during the wait for my test results I had to stop treatment for 10 days before a colonoscopy (one of the herbs has a blood thinning attribute to it), and when I restarted after a perfect result there, I had a herx (a reaction from the die-off) from restarting at the dose I had stopped on.  that was very telling for me, that I am absolutely doing good work with the treatment.


when I received my results in the mail I found the issues they had described, with the high numbers for Epstein-barr and the ANA, but I also noted that the western blot test had a reactive 41 band.  time to figure out what all of this meant before I went to see Bryna so as to not waste our time with explanations and such.  I needed to make sure I had as much information as I could so to ask knowledgeable questions with the limited time we had allotted us.

from the different websites and groups I have found information (and not going to places I dont trust), I have found that the single band 41 on the western blot is spirochete specific, actually the TAIL of a spirochete.

“Band 41 is specific for the flagella (tail) of spirochetes (corkscrew bacteria), but is not absolutely specific for Borrelia. Acute viral infections can cause false positive results. Recently reported data from IGeneX supports that some Lyme patients may have only restricted IgM response to Borrelia burgdorferi. Because Lyme patients have different immune systems, only approximately 70% of those with Lyme disease will generate a positive western blot. Patients who test positive for rheumatoid factor or Epstein-Barr virus may have false negative tests.”


lets read that again-  "Patients who test positive for rheumatoid factor or Epstein-Barr virus may have false negative tests."

I spent a good many days before my next appointment doing as much research as my brain could handle.  it's a hardship these days doing this kind of brain work when the brain symptoms seem to be getting extreme.  I've been having worry-dreams about my brain symptoms, and I think poor Lucy-pup may be having an identity crisis because I keep calling her a kitty. 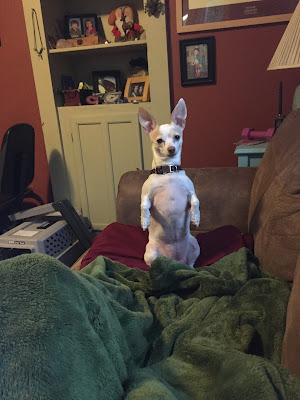 sweetie picked up the first medicine that was an actual prescription called LDN (or low dose naltrexone. yes the same stuff they give to addicts).  it's used in small doses for those with chronic pain and I've heard good things about it.  I took my first dose and started to have 'breathing issues' that I thought might be lyme related.  the second night (a Friday) had my throat muscles in a tight spasm, me feeling very out of it and ill at ease, along with the breathing and chest tightness.  so, I didn't take it again and I spoke to Bryna about it when I saw her that next Monday.  she said she's never seen side effects from LDN, but I *just now* read that even getting to the 'low dose' of 3mg, a lyme patient must start even lower.

and in an excerpt and with good info about benefits of LDN (including combatting cancer, and treating Alzheimers), from here;


“LDN can and usually does backfire with untreated Lyme disease. That is how I discovered that I have Lyme, because I tried LDN and everything got much worse, and prompted me to get testing done that revealed Lyme. Since then I have heard the same story repeated again and again from many people with Lyme. In my opinion, the ability to tolerate LDN is a good test of the relative severity of infection when you do have Lyme. LDN seems to “turn the lights on” for your immune system and reveal everything that was previously invisible. If there’s nothing there, you’re fine. If your body is riddled with spirochetes, you’re in for a BUMPY ride as all-out warfare commences.  Lyme sufferers that have been on antibiotics for extended lengths of time or have less severe cases seem to do alright with LDN.”

I guess I'm just a sick little pup with this!

the rest of my appointment went very well.  Bryna didn't think much about my western blot band #41 coming out positive, since the testing is all crap.  what did impress her was the Epstein-barr and ANA results being high.  those results along with my history and symptoms cemented the diagnosis for her, which was the one thing I was concerned about.  I didn't want to have to start all over again to try to figure out whats causing all these years of illness and pain.  they took 6 more vials of blood from me, which I was too tired (and still am) to look the tests up and find what they all mean.

we also discussed the antibiotic/no antibiotic question again.  I have always been more of a natural girl, dreading having to take prescriptions for anything due to my history of being sensitive to everything, including over the counter stuff.  sweetie, though, was more interested in my trying antibiotics to speed up healing.  bryna and I decided to stay the course with the herbal treatment since I'm SO sensitive to medicines and I seem to be doing well with the treatment I've been on.  I told her about the bad couple of days I had with herxing (my biggest symptom was I had to force my muscles to move to get out of bed the second morning, was utterly exhausted in a way I've never felt before). Bryna asked if I had stopped the treatment when feeling so bad.  honestly, I had forgotten it was an option.  I've been in such pain and fatigue for so long, that my brain said "wow, this is a really bad day" and I dealt with it as I usually do.  I was able enough to remember to do some good detoxing treatments, though, and I felt better on the third day.  I'll try to remember for next time that there is no need to feel like crap if I dont have to, and to lower the dose or stop treatment until I feel better!

altogether I seem to be feeling less daily pain than when I started the treatment, which is huge!  my sweet man has even mentioned that I'm looking like I'm in less pain, so it's noticeable.  Its still a fluid thing, though.  I'm still in pain, it still wanders the body.  I still tingle and feel like bugs are crawling all over me at times.  weather still affects me.  but these sensations are all 'better'.

the brain stuff is frustrating, though.  especially when I get a few days in a row of heightened brain symptoms.    losing words, disassociating, spelling errors, my handwriting and spelling is horrible, emails from me are getting more difficult to read. (when I go back after sending them, I often wonder what word it was I was trying to spell that spellcheck 'corrected' for me)...  I feel like I have dementia these days.  my balance can be pretty bad at times.  I had to cancel my physical therapy sessions knowing I had to drive there each week (scary) and since I'm just so bad with the balance and such, I decided to wait until I'm at a more stable place in my recovery to start working on my back injury.

my energy levels might be getting a smidge better.  though I'm still going to bed at a toddler time, it's later than it used to be!  I used to watch the clock all day until I could trudge up the stairs to bed at 6:30 whereas now I'm starting to see 8pm!  I try to turn off the tv when honey gets home (after he eats, cause I have noise sensitivities and eating sounds drive me batty), so we can spend a few minutes chatting like husband and wife.  some days I'm just too tired to talk.  I still take naps some days, and still am too tired to make it to 8:30-9pm.

I now have some new supplements for treatment prescribed for me, and, knowing my sensitivities I'll be starting the first one this weekend when honey is home.  it feels like I'm an infant taking its first foods.  I have to take things slowly and one at a time to make sure I dont react to them.  I'll start with a low dose of the first one for a few days and increase to a point I'm comfortable with before adding in the next one.  again, these aren't items people with good immune function will react to, but since my body is very ill with something that is so different for each lyme patient, I cant take chances.  I'm also on the lookout for other supplements I can use that will help the brain function and energy levels that are being stubborn with the treatment I'm currently on.  but, again, researching is hard when the brain doesnt brain well!

during this time I've made the difficult decision to take my paintings home from Bates Crafters Gallery.  that was a huge loss in my eyes, but I hadn't sold anything in quite a while anyway, and I dont see myself creating new work to sell in the near future.  who knows how long I'll be in this state of quagmire, not feeling the motivation to be creative in any way.  Fran and Mike Bates were very sympathetic and wished me healing.  I could see the care in their eyes and sweet words they sent me later.  I'm still going to be haunting them in the hopes that I'll be back.

I might update my 'sales' page here to see if there is any interest from the general public for receiving an original in the mail.  then again, it takes effort I dont seem capable of expending right now to fiddle with uploading photos and dealing with the post office and bank, so maybe thats another road I cant yet travel.

guys, this is frustrating! 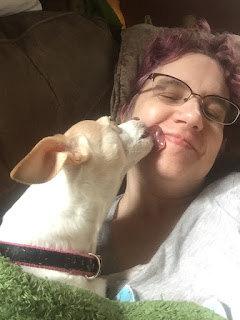 thanks for hanging in there with me.  I appreciate you!
until later,
Jenny